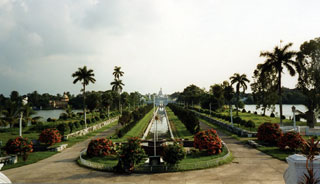 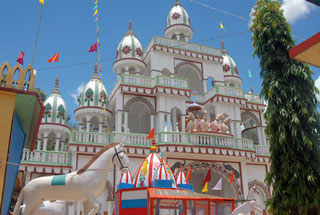 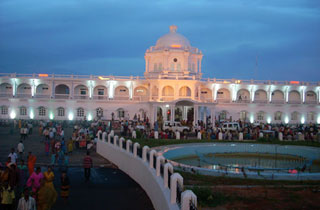 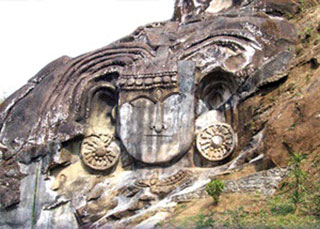 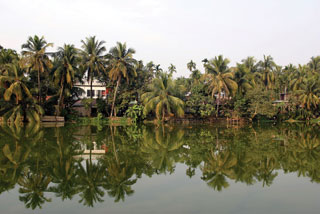 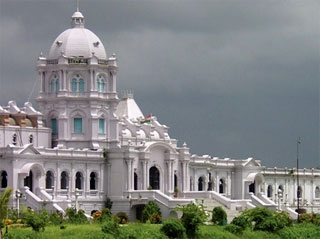 Ruled by kings and nestled in the scenic north eastern part of our country and lying on the Haroa River, Agartala is a very fitting capital for the state Tripura. A city known for its various cultures, the reason for which is its proximity to the Indo- Bangladesh border. The two attraction of this place is the Ujjayanta palace which now houses the State Legislative Assemby and the Kunjaban palacewhich is the official residenc e of the Governor of Tripura . These reflect the splendour and grandeur that always accompany a princely state. The other must see is the Neermahal. It is a sumer resort in the middle of the lake Rudrasagar and is a wonderful mixture of Hindu and Mughal architecture. Quite a sight to behold indeed. If in Agartala you should visit the rock carvings around the city. On the banks of river Gomati, Debtamura has some 15th and 16th century carvings of Hindu Gods. 178 km from the city is Unakoti which has a 8th century temple of lord Shiva and astounding view of surrounding waterfalls. Pilak located 100 km from the city is famous for its 9th century terracotta and stone plaques. And the Jampui hills are known for being the land of permanent springs and the sights you see here are simply a feast to your eyes. Agartala consists of a charming mixture of Bengali and Tripura tribal cultures. Thus the festivals celebrated here are Durga Puja and Karachi and Garia Puja. With a queer amalgamation of the old and new, the hustle bustle and peace, Agartala is a beautiful city which offers you a break from urban madness into the serene lap of old world, secular and eclectic charm

Ambasa , a small town in Tripura is so well hidden that you may miss it. But you should not. This is an example of how scenic and beautiful north eastern India ...

Kailashar is a city in the northern part of Tripura. The name of course makes it quite clear that its history is very closely related to the worship of the Lord ...

Mamit in Mizoram is a very important place for the state. Not because it posseses the beauty that the whole state is so abundantly endowed with but also because ...

Kolasib is a town in the Kolasib district of Mizoram. This is a tiny litt;e town which is oneof the easternmost parts of the country and thus is quite cut away from ...