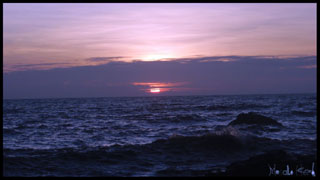 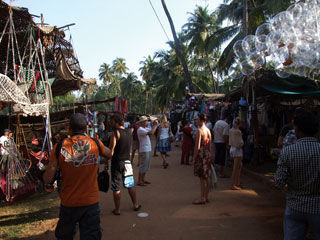 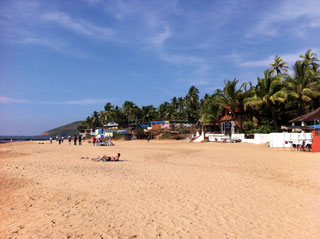 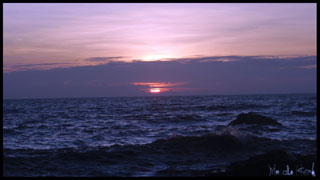 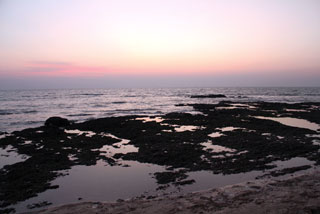 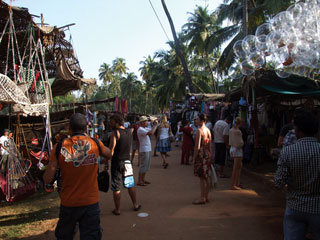 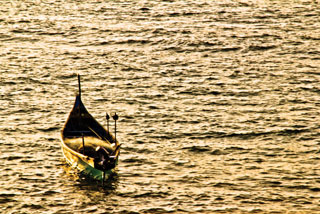 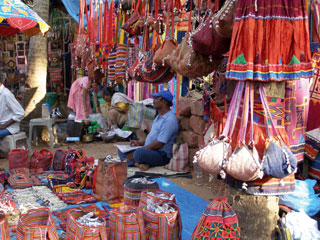 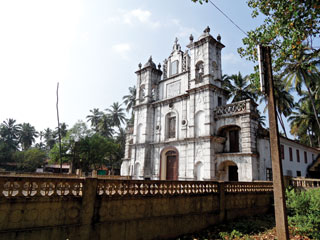 Anjuna Beach is popularly known as the freak capital of the world and not without reasons. It claimed popularity for its Trance Parties and the Hippies who tried to synthesize the spiritual traditions of the East and the art, ideas and the music of the West. Sometime in the late 1950s to mid-1960s, the area was "discovered" by a group of travelers, including "Eight Finger Eddie," and a small international psychedelic scene began to meet there to party during the dry season. Anjuna is just the right place for lazing holidaymakers. Besides the calm waters of the Arabian Sea lapping softly on the Indian shore, Anjuna comes live with its ever-famous full-moon parties and the Wednesday flea market to take one on to a trance trip. Well Anjuna is thus definitely not for the weak hearted. Many a people visit it just to get a glimpse of a life that is absolutely footloose and fancy free. A large stretch of beach ornamented with hammocks and colourful swimwear, Anjuna represents everything that is the party spirit of Goa. Anjuna is situated north of two other famous beaches of Baga and Calangute. The nearest town to Anjuna is Mapusa. There are daily buses plying from Mapusa to Anjuna. Thivim is the closest railway station to Anjuna Beach and situated in Mapusa. The capital city of Panaji is around 18 km from this beach and the airport is 47 km away. Now you know where you are, in case you forget once you are in Anjuna. Some of the best shopping experiences, a world class tattoo parlour, some amazing cuisines you have ever had, this is one holiday whose hangover is not likely to leave you for a very long time.

The northernmost beach in the Bardez Taluka and the one that is opposite the Chapora river, Vagator is one of the most visited places by the tourists of Goa. This ...

Places of Interest
Fort of Chapora

15 km away from the capital of Goa, Calangute is probably one of the most popular beaches in Goa. This is the ultimate experience in sun sea and sand and the fun ...

Aguada beach in the northern part of Goa and 4 km away from Sinquerim shines like a beacon of exotic beauty. With its pristine white beaches and blue sea it attracts ...

15 km away from the capital of Goa, Calangute is probably one of the most popular beaches in Goa. This is the ultimate experience in sun sea and sand and the fun ...