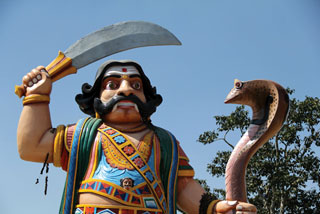 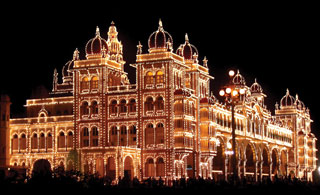 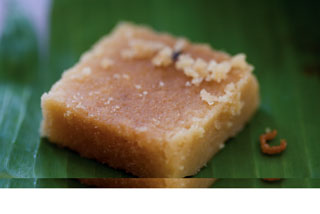 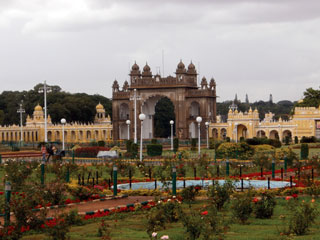 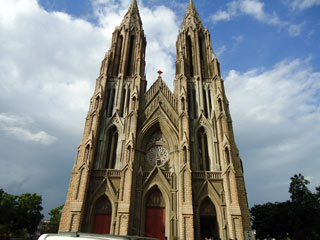 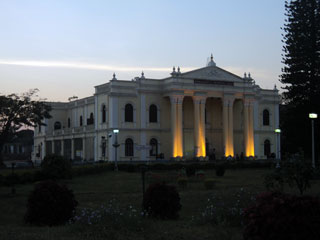 Mysore is the second largest city in Karnataka after Bangalore and is definitely one of the very progressive cities in the country. At the base of the Chamundi hills, this is a city of great historical importance and the empire of Mysore will be a part of every history lesson that is ever learned. Mysore is an unforgettable part of India. This is the cultural capital of Karnataka. It is said that this place was ruled by a demon known as Mahisasura who was killed by the Mother Goddess. Thus Dussera is one of the festivals that is celebrated with great joy here. The whole place lights up with the festivities and the spirit of Mysore come alive in the days of Dussera. This is a city which lends its name to the Mysore style of painting, the sweet dish Mysore Pak, the Mysore Peta) and the garment known as the Mysore silk saree. This is a city of palaces and the great rulers that kept a whole kingdom safe. Thus it is expected that there will be palaces in abundance here and most of then will take you back to the era of the Nawabs and the Wodeyars who made Mysore the cultural and traditional hub that it is today. Some of the places that you will definitely have to visit when you are in this wonderful city are Mysore Palace, Brindavan Gardens, Chamundeswari Temple, St Philomena's Church, Gumbaz, Ranganathittu Bird Sanctuary and the Srirangapatnam Fort among the many other places that are situated here. Most of these places carry the history that you only read about in the history books. With great rulers like Haider Ali and Tipu Sultan, this was a place of true greatness.

Karnataka is one of the most wonderful places for any tourist to visit. It is the state that will completely wow you with the beauty of the great architectures that ...

This is definitely a place that is famous for some of the most famous temples that are situated here.a small village in Karnataka, it is, no doubt, a place that ...

Mandya is a city as well as a district in the state of Karnataka. It is actually one of the places in the state which is agriculturally very prosperous and is improving ...

Melukote is one of the towns in Karnataka which is extremely famous for being one of the primary temple towns in the state. The place is also known as Thirunarayanapuram. ...

Anantapur lies in the westernmost part of the Andhra Pradesh, representing true blend of history and modernity on one side and pilgrimage and forts on the other-side. ...