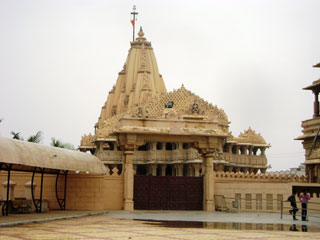 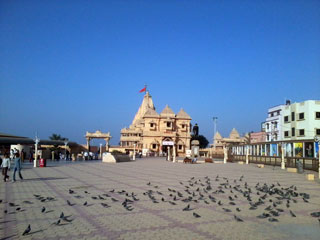 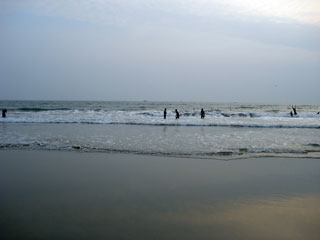 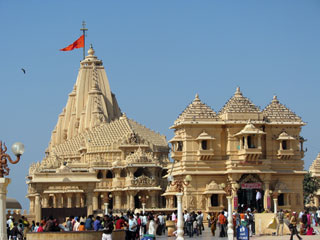 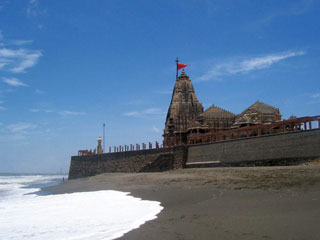 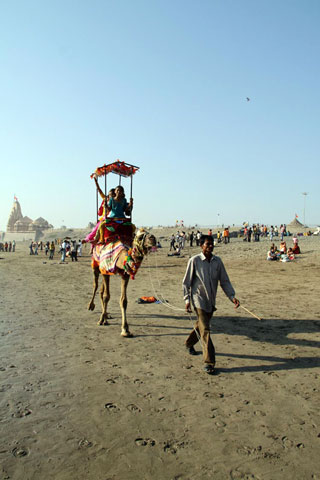 Somnath is one of the grandest temples in India and will always be etched in history because of the beauty of this temple. A part of the glorious history of Gujarat, Somnath proudly stands with the towering shikharas of grand old ancient Somnath temple dedicated to Lord Shiva. The important aspect of this temple is that it is one of the twelve Jyotirlingas which are held in high regard by every Hindu. This place is one of the great places of pilgrimage and the constant flow of tourists seem to enliven this place and give it a new energy. Somnath, literally means Lord of Moon, derived its name from the famous Somnath temple. This religious destination was earlier known as ‘Prabhas Patan’. This town, unaffected by the modern luxuries and concrete jungles, still holds its historical, mythological and religious appeal to masses of Hindu devotees. This is a perfect place to worship the God and relive the past. This is a quaint little town which will remind of a bygone era where everything was quite simple in nature. Placed at the extreme southwest Arabian Coast in Sourashtra, Somnath town encloses a serene beach, few streets and a bus stand. It is believed that Somnath is located at a place where the holy River Saraswathy flows into the Sea. This sacred temple town vibrant with ‘Shiv Bhajan’ is visited by millions of tourists every year. Several nearby attractions, including Somnath Museum, Somnath Beach, Junagadh Gate, Balukha Teertha, Akhilabai temple and Mai Puri, makes this town as a perfect tourist destination for the pilgrims to India.

Veraval is one of the places in Gujarat which will tell you a lot about the culture an heritage of this land. It will tell you of the kings and queens that have ...

Sasan- Gir is one of the primary tourist destinations in the state of Gujarat and for all the right reasons. This is a place that delights every single person that ...

On a 6 km stretch of clear Arabian waters kissing the beach, Ahmedpur Mandvi is one of Gujarat's lesser-known gems and finest pieces of coastline. Adjacent to the ...

Imagine a wonderful, luxurious resort with all the trimmings right in the middle of the desert country. Manvar resort is an absolute treasure in the midst of the ...