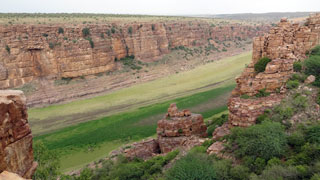 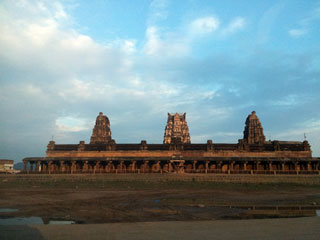 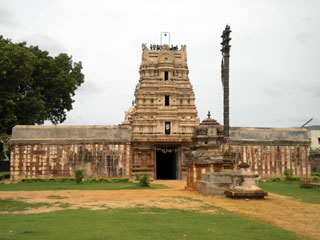 A city in the south central part of Andhra Pradesh, Cuddpah is today nore commonly known as Kadapa. IN Telegu it is known as Gadapa which means the threshold or the gate and this place holds great significance historically. Kishkindakanda, one of the seven kandas of the Ramayanam, is believed to have happened in Vontimitta, Kadapa District. It is a very important part of the ancient history that is instilled in every person and thus the place holds a coveted position in this land very colourful and very diverse past. The part of the Chola empire and then that of the Viayanagar empire, this is one place which has again seen the fall and rise of many dynasties and holds testimony to the goods and bads of every rule that followed in this ancient land. The city lies in the "Bugga" or "Ralla Vanka" in a hollow bordered on the south by the main Palakondas, part of the Eastern Ghats, and on the east by a strip of the same hills projecting north towards the Lankamalas on the other side of the Penneru. This occurrence gives this whole place a terrain that is very different from any other place in the region and makes it a very unique place to explore. Quite a secular culture here, Cuddapah District also has numerous pilgrimage centres that pertain to different religions. The most famous among these are the Ameen Peer Dargah, Brahmamgari Matam Temple, Sri Venkateswara Temple and the Masjid-e-Azam. A well connected city to all the major cities, Cuddapah holds a place in this state which is very unique to itself. It boasts of supporting one of the greatest myths and today it s trying to prove to be a capable city of this century.

Tirupati can be arguably called one of the greatest cities in the country. This credit can be completely given to the Tirumala Venkateshwara temple that lies in ...

Puttaparthi is a place which is considered to be the holy abode of the Sathya Sai Baba. A place that is visited by thousands of people every single year, this is ...

Srikalahasti is a town in the Tirupati district of Andhra Pradesh which is extremely famous for the Srikalahsati Temple that is located here. It is one of the main ...

Nellore is the sixth most populous city in Andhra Pradesh and was known in the ancient times as Vikrama Simhapuri. This is a place of great historical importance ...