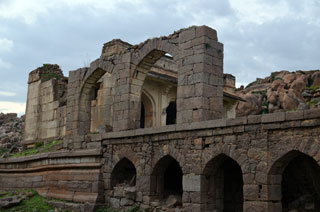 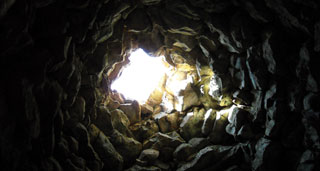 The Town of Cotton or Grain Market of South India, Adoni is situated on the border of Andhra Pradesh and Karnataka. Once, one of the biggest trading hubs, it still remains a great hub for export of cotton,oil and rice. With an eclectic history spanning generations and religions Adoni makes for a very interesting visit. Sri Rama had ventured here during Vanavasa and later it was ruled by an Islamic ruler. Thus the places to visit in Adoni are equally interesting. The major attractions here are Adoni Fort, Jumma Masjid and the Kaman Bavi. The fort , now in ruins make for a perfect place to explore with the past echoing from every corner. The Jumma masjid is a very grand piece of Islamic architecture, worth visiting. The Kaman bavi or Kaman well is another attraction built by a Muslim governor. Apart from these, there are other attractions like Venkanna Bavi, Ranamandala Anjanaswamy Temple, Baichigeri Sai Baba Ashramam and Sri Mahayogi Laxmamma Avva Temple. The later is a must visit. Thus it is clear that the places to visit here are steeped in their historical significance. Located near the Tungabhadra river, thus birdseeing is one of the most famous activities here. And there definitely is a lot of exotic specialities to choose from. With some very harsh temperatures in summer, Adoni is a place to visit in winters. The perfect months are from October to March. Well connected by road and train, Adoni is about five and a half hours away from Hyderabad and is not difficult to reach at all. Steeped in tradition and cross culture representing what made India a diverse and secular state today, Adoni is truly an interesting place to visit.

There really is nothing which can be said about Hampi that has already not been said. Hampi in a single word is magnificent. It is a part of the present that is ...