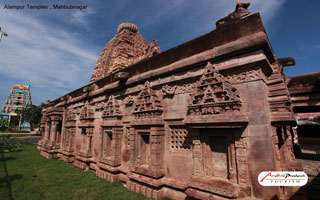 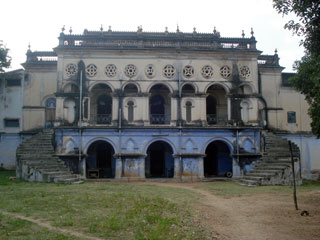 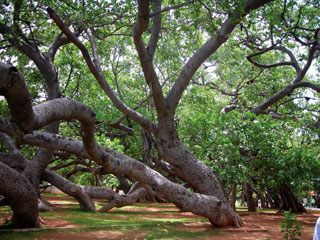 Mahbubnagar is the largest city that is present in the district with the same name in Andhra Pradesh. This is also one of the largest cities in the state and is a great contributing area for the improvement of Andhra Pradesh. The one thing that it will always be remembered for is the diamonds that are found here. A diatrict that is very rich in natural resources , it is believed that the Golconda diamonds and also the very famous Kohinoor was found i this very district. Mahmudnagar does go down in history for that very precious stone. The Telangana region where it belongs ahs been significant in many parts of history and has seen the rule of many dynasties too. It was the core of the Satavahana dynasty and then became a very important part of the Chalukya dynasty. It later became an active part of the kingdom of Golconda too. One of the most famous places here is Alampur. It is the home for the Sri Sri Sri Jogulaamba temple, the fifth of the famous 18 Shakthi Peethas, and the Sri Bala Brahmeshwara Swamy (Lord Shiva) Temple. Both these temples are of great importance to all the people who visit here and there is a great infglow of pilgrims here every year, making this a highly revered place. Umamaheswaram for its great Shiva temple, Mallela Theertham for the Shiva Linga that s located at the foot of a waterfall and Manyamkonda another Shiva temple are some of the very important places in this region. Mahbubnagar is a home to many very famous religious destinations. A place that may be small but still very powerful, Mahbubnagar should definitely be visited by people.

Kurnool is a district in Andhra Pradesh today. It is also a very large city serving as the administrative head of the state and this makes this city very important ...

The Town of Cotton or Grain Market of South India, Adoni is situated on the border of Andhra Pradesh and Karnataka. Once, one of the biggest trading hubs, it still ...