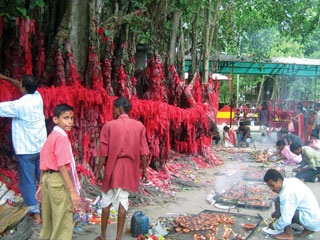 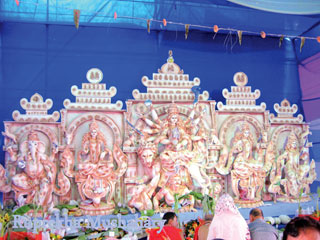 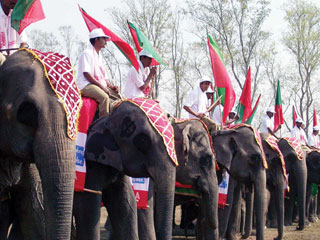 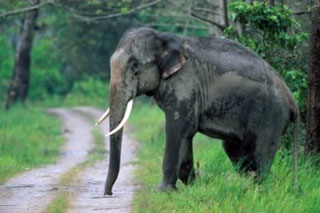 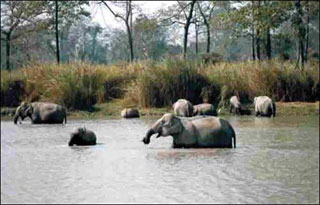 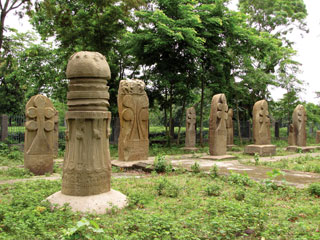 Golaghat is a district in Assam which is very famous for its one attribute. Housing the world famous Kaziranga National park. That in itself is one of the greatest achievement a district can boast of. This is a place which had a kingdom in the Doyang Dhansiri valley in the 9th century AD. The proof of some of rule is still dotted all over the landscape. There are remnants of fortifications, brick structures, monuments, temples, tanks, etc. are evidence of that ancient rule. Golaghat has surely progressed a lot from that era and is today one of the most important districts in Assam. Dhansiri is a principal river in the district and has been responsible for bringing a lot of prosperity to this land ehich had seen its fair share of clan wars. Most of the district is agriculture based. Tea, rice and sugar cane are the main agricultural crops grown in the district. There are 63 tea plantations in this region which makes it a place which is lush and green with hilly terrain and is surrounded by peace and calmness. This is a district which is blessed with nature and is quite a beautiful place to spend few days exploring. Of course one of the reasons to be here is the Kaziranga National park. Kaziranga boasts the highest density of tigers among protected areas in the world and was declared a Tiger Reserve in 2006. The park is home to large breeding populations of elephants, wild water buffalo, and swamp deer. It is also an important Bird area and an eastern Himalayan hot spot. If you are in Golaghat you cannot miss going to Kaziranga.

Wokha is a district in Nagaland and is one of the places that is slowly trying to make its mark in the progressive nature of the state. Nagaland is quite famous ...

Mokokchung in Nagaland is a city of art and culture. On of the primary urban developed areas in the state of Nagaland, this place actually showcases how very advanced ...

The Kaziranga National park in Assam is world famous. A veritable hotspot for all the Himalayan biodiversities, this is a place which has such varieties of animals ...