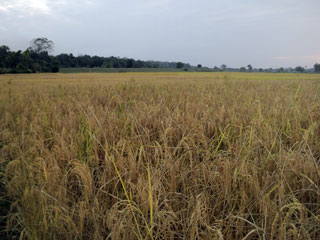 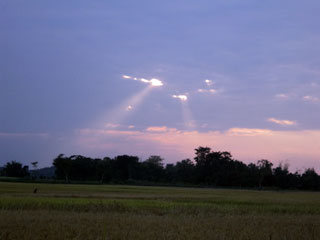 This is a town located in Assam in the Karimganj district on the very border of Bangladesh. Flanked on two sides by the Kushiyara River and the Longai Rver, this is one place which is abundant with natural beauty. Lush green forests and the winding , bubbling rivers make this town a joy to live in. One of the most prominent features in this town is the NOti Khal. Earlier it used to be a meandering and winding canal all over the town. This was the structure which connected the Kushiyara and the Longai rivers and helped in any communication between the rivers. It also balanced the water levels in both the rivers and helped in maintaining water balance in a very flood prone area. However today it is blocked in many places And it paves the way for road communication now. Just like all the other places in Assam, this is also a place which has been under the rule of many dynasties. One of the great places of Hindu learning, this is one place which has culture and history in every corner of it. A part of the great Syllhet district , it was divided during the partition of Bengal and majority now lies in Assam. The forests of Karimganj were once rich in wildlife but now vanishing due to human onslaught. rare species found are Hoolock gibbon, Phayre's leaf monkey, Pig-tailed macaque, Asian elephant, White-winged Wood Duck, etc., have been recorded. This is the one place which needs to be preserved. A truly beautiful place to be in, Karimganj should be on every travellers agenda.

One of the three district in the sothern Assam, this is a place in the state which again makes this place one of most beautiful destinations in this state so filled ...

Sichar is the headquarters of the Cachar district in the beautiful and unique state of Assam. It is also the economic gateway to the state of Mizoram and part of ...

A town that is situated i the Jaintia hills district in the state of Meghalay, the one thing that is significant about Jowai is the vast amount of culture that ...

Kailashar is a city in the northern part of Tripura. The name of course makes it quite clear that its history is very closely related to the worship of the Lord ...