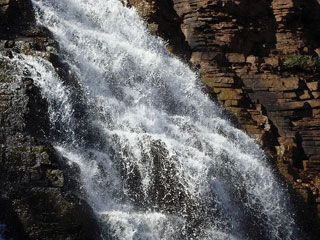 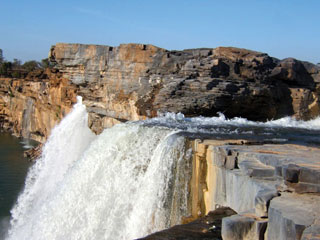 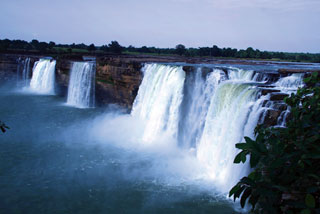 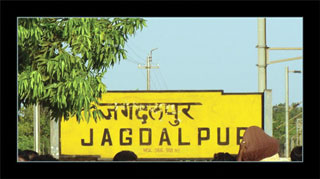 Once the capital city of the princely state of Bastar, today it is a town in the Bastar district of Chhattisgarh. Just like all the princely states all over India, Jagdalpur bears the arks of being a place inhabited by the kings of the land. Also a place which has been mentioned in many old texts, this is definitely one of the cities which has see the ancient times in all its past glory. Today Jagdalpur is mainly an agricultural land and is definitely on its way to a promising future. From the very Mahabharatas to the ashram of the sage Valmiki, this is a place which is rich in the past. It has also seen many dynasties such as the Nals, kaktiyas and the Chalukyas pass by. This is a land that has endured different rules and different kings and yet been faithful to its roots. Today Jagdalpur is a very important part of the state. The Jagdalpur city is famous for its traditional wooden handicrafts. This is one memorabilia that you should definitely pick up if you are here. The wood work is exquisite and will be a pride in your hoem. The major attractions in Jagdalpur are Danteshwari Temple, Chitrakot Waterfalls, Kailash and Kotumsar Caves and Tirathgarh Waterfalls. Visitors can also visit other places like Sri Venkateshwara Swami Temple, Bastar Palace, Anthropological Museum, Kanger Valley National Park and Ganga Munda &amp; Dalpat Sagar Lake A town which is well connected to all the cities around, Jagdalpur is easy to reach. It also is one of the places which has so much history to boast about that you may lose yourself in the past. And its not a bad experience at all.

This is the home for the state bird of Chhattisgarh , the Bastar Hill myna. Of course it is also one of the densest forests in India and home for a lot of animal ...

Jeypore is the commercial nerve centre of the Koratpur district of Orissa. Te ting about Koratpur is that this is definiteluy a land blessed with incredible natural ...

The Dantewada district is on of the biggest districts in Chhatisgarh and is a part of the Bastar division. Before independence this was a part of the princely state ...

Araku Valley, 115 km from Visakhapatnam, is a soothing hill station in the expanse of Andhra Pradesh, close to the Orissa state border. Enveloped in pastoral beauty, ...

The capital city of Madhya Pradesh is famous for being the city of lakes for the most amounts of lakes any Indian city has. It is also the greenest city in the country. ...

One of the richest cities in mid India and also known as Mini Mumbai, this is a commercial hub and one of the fastest developing cities in the country. This is ...

The largest city in central India, the third largest in Maharashtra and the winter capital of the state, Nagpur is one very important city indeed. With the Vidhan ...