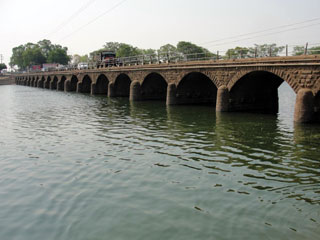 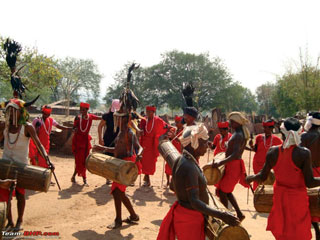 A town in the south western part of Chhatisgarh , Durg is a place which proudly hold its own. 11 km from Bhilai, this is town the name of the place was derived from the Shiva Durg which was built by King Shiva Deva. Durg was a part of southern Kosala , thw princess of which was married to King Dasaratha, the father of Lord Rama. Kosala was once upon a time a leading dynasty in India and Durg is a part of a very rich history. The onething to watch and take notice in Durg is that it is culturally very rich. This is expressed abundantly through hthe local cuisine and the dance forms. The one dance form which is popular is the Pandwani which is a dance form whch narrates the happenings of Mahabharata. Soowa, Panthi and Raut are the other famous dances to which the whole area sways, Dancing is the way people in Durg celebrate life and this is a regular part of the culture in here. Uwasaggaharam Parshwa Teerth, which is a Jain shrine located in Nagpura on the banks of the river Sheonath is one of the main tourist attractions in Durg. The idol of Parshwanath is highly revered here by all the Jains and is a very important place of pilgrimage in this part of the country. One of the hot places in the country, the best place to visit would be the months of winter. As it is connected to all the main stations it is quite easily accessible and should not be a problem to reach or stay. Go there for a cultural experience that you will definitely not get anywhere else.

The city which has the largest steel plant in India known as the Bhilai Steel Plant this is located in the Durg district of Chhatisgarh. It is also 25 km away from ...

Orchha is the place in bundelkhand in Madhya Pradesh which is famous for the being the place that has s a bit of the architecture that Khajuraho possesses. Another ...