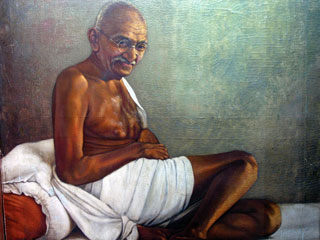 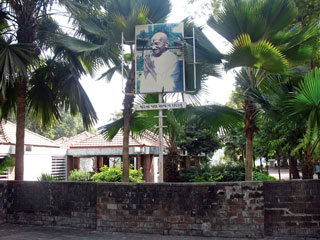 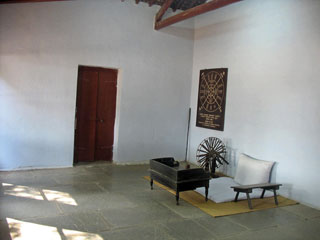 Gandhidam will remain in history as the city which helped thousands of people find a new life and their own identity. This place is located in the Kachchh district of Gujarat and is very close to the borders. A city which is relatively new, its purpose is a noble one and it is appreciated by all who lives in it. This was the city that was built for the resettlement of the Hindu Sindhis when they were cruelly uprooted from their homeland in Pakistan. They migrated in thousand in India with not a roof over their head. Maharaja of Kutchch on the suggestion of Gandhiji allocated a large space for these people to settle down. A place which was stricken by poverty and grief, this is a city which has been built right from the scratch. The people here have made their way by sheer hard work and determination, starting from killing snakes and scorpions while establishing this city. Nevertheless it is an extremely picturesque and well planned city with wide roads and rectangular neighbourhoods. Today it is one of the progressive cities due to the Kandla port, it has a lot of big and small manufacturing plants all over it and making its strides into a bright future. Very cosmopolitan by nature because it has welcomed a lot of people throughout the ages, this is a place which definitely embraces you the way you are. Bhardeshwar is a famous Jain pilgrimage centre. The architecture of the temple is such that the presiding deity is visible from the ground floor as well as the first floor. Also visit Khavada which is famous for its handicrafts and cattle rearing, That would be quite an experience. If not anything, go to Gandhidham to witness the prosperity that is a result of sheer grit and determination.

Kandla is one of the most important seaports to be found in the Gulf of Kuchchh in Gujarat. It was built right after the partition of India when Pakistan left with ...

The port of Mundra is the largest private port in India. Located in the Kutch region of the state of Gujarat, this is the one port that has seen much glory in its ...

The Capital of Kutch state in Gujarat, Bhuj has had its fair share of fame with one of the biggest earthquakes man has ever seen. Yet this is one city which managed ...