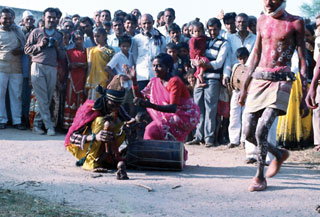 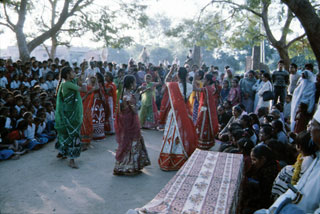 Kheda is a town in the Kheda district of Gujarat. One of the towns which is on the way to become progressive. Kheda is a place which is very culturallu and historically significant. A portrait of the gujarati life, Kheda is one of the places which make you appreciate the rural India. This was a lace under the Maratha rule for the longest time till the British captured it. A lot of the past is reflected in many of the temple and monuments that can be found in Kheda. Today we see a population of Jats and Rajputs also as a part of the land. A place of mixed cultures, Kheda is a very interesting part of the state of Gujarat. One of the six greatest pilgrim places, Dakor lies quite close to the town of Kheda. This is a Lord Krishna temple which has a very fine history behind it and is revered by people from all over. There are many religious places to visit in Kheda. Shree Mahalaxmi Temple is an example with its beautiful marble idol that mesmerises people. It is a more than 100 years old temple near Vatrak river. Shree Somath temple, Shree Hanumanji temple, Bhadrakali temple, Ramji Mandir, Haveli, Bahucahraji Mandir, Shree Meldi Mataji,Shree Nilkanth Mahadev and the Shree Khodiyar Mandir are some of the other temples that are famous in and around Kheda. There is a lot of Jain architecture to be found in this area. When in Kheda definitely do not miss out on the famous iron bridge, the olds standing clock tower and the burjo either. These are legacies of the past rulers and even though Kheda is more important for its temples, this add a wonderful charm to this place.

The largest city and the former capital of Gujarat, Ahmedabad resides on the banks of river Sabarmati in all its glory. A forerunner in the struggle of India s independence ...

Everyone knows of Anand in Gujarat as the Milk capital of India. This place is and will always be famous for its dairy revolution spearheaded by Amul. It is part ...

Gandhinagar is a large , floishing and beautiful capital of the state of Gujarat. Lying on the est bank of the Sabarmati river, it represents a well planned and ...