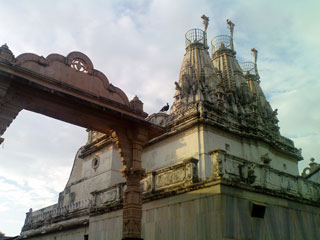 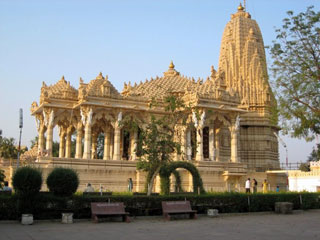 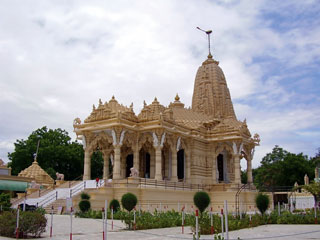 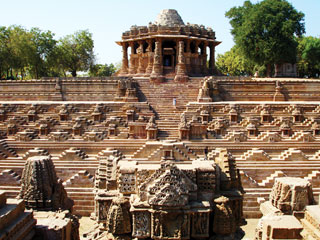 One of the largest cities in the northern part of Gujarat and the headquarters of the district with the same name, Mehsana is one of the commercial centres of this state. Mehsana is all about being a progressive district which is contributing to the betterment of the whole state of Gujarat. A number of primary industries including dairy, oil and natural gas works are situated in or around the city. The city is also famous for its local Mehsani breed of buffalo. It also has one of the largest iron and steel market in the country. Though this place is very well connected with all the major cities in India, this is also a place which looks towards the future and is in the process of building an Aviation training centre and a private airport in the near future. One of the places to visit here is Mulnayak Jain Temple. This temple has the best carvings and the grandeur of the temple can be seen from its very size. Modhera's Sun temple, which is around 20–30 km away from Mehsana, is over 900 years old and is a great example of India's temple architecture. The Thol Widlife sanctuary is a great showcase of the flora and fauna that has been so abundant in this place too. Mehsana is the land of the Dudhsagar Dairy which is the largest dairy in the whole continent and also a technology pioneer in the industry. This is an institution which has changed the lives of many for the better and given a new direction to the entire district. This is a place that is filled with beautiful places to be visited but the best reason to visit Mehsana is to see the progress that this district is making.

Gujarat is one of the places that have seen many rules but when one traverses the length and breath of the state you see the evidence of the Solanki rule very prominently ...

Gandhinagar is a large , floishing and beautiful capital of the state of Gujarat. Lying on the est bank of the Sabarmati river, it represents a well planned and ...

Himmatnagar literally translates to the city of bravery. Named after the king Himmat Singh, it is a temple town on the banks of the river Hathmati. With two palaces ...

A city in the banaskantha district in Gujarat, this is one of the cities that are growing very rapidly in this region. Palanpur is a showcase of everything that ...