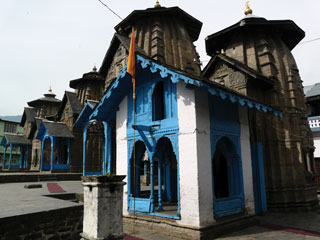 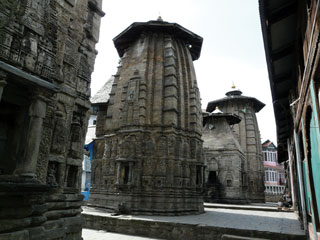 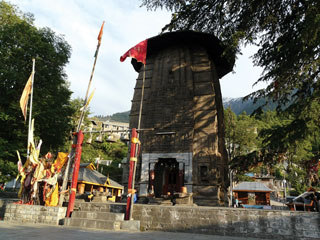 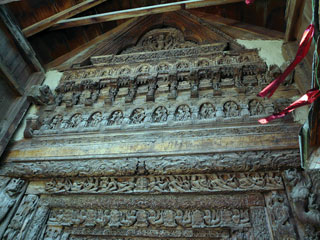 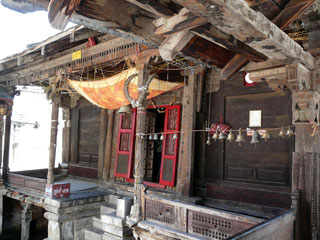 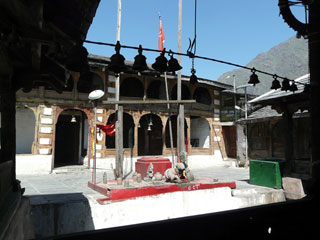 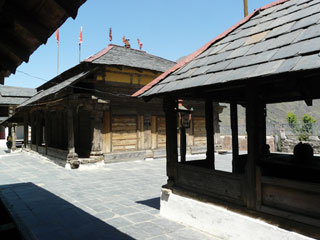 This place in Himachal Pradesh is situated about 65 km away from Chamba. The power seat of the Chamba dynasty, this is one place that is so very breathtaking that you will be forced to come here. It is also famous for some tremendous archaeological finds, especially the temples, which take you back about a thousand years. Yes, this definitely is one of the best finds of history in the middle of mountains covered with snow and ruins covered with untold stories. The oldest temples in the complex are those of Lakshna Devi and Ganesh. Both these temples are made in the hill style with gable roofs and rubble masonry. The outer facade, the inner facade of sanctum, circum ambulatory path and the ceiling are exquisitely carved. The idol of Lakshna Devi in her incarnation as Mahisasurmardini is magnificent. You will have to sacle those hills and reach these places to believe the sheer exhilaration that you will feel once you make it here. The tallest temple in the whole complex is of Manimahesh built in Shikhara style of architecture. The other temple which is in the same style of architecture is the Nar Singh. This is quite a ferocious reincarnation of the Lord Vishnu and thus make for one of the best temple sights ever. There is a small water source called Ardh Ganda in a corner of the temple complex. Bathing in its water is considered religiously significant. There is no ignoring the religious significance. This is one place which was considered the land of Lord Shiva. And it remains to be so till date. The sheer beauty and the artistry of this place can only be the work of a God and in no way will it ever fall short of your expectations.

Mcleodganj is fondly known s the Little Lhasa or Dhasa. And why should it not be. This is a place that is filled with the largest population of refugees from Tibet ...

There is a hill station lying in the spur of the Dhauladhar range which is known as Dharamshala. A place which today is famous world over , it is quite the most ...

Surrounded on all sides by verdant greenery and tea gardens filled with delightful aromas, Palampur is a hill station in Himachal Pradesh that will give you everything ...

Chamba is one place in India which is absolutely famous for all its historical significance. The headquarters of the Chamba dynasty, the settlement in Chamba can ...

Kullu is known as the Valley of the Gods and for ample reason. Right in the glory of the Himachal Pradesh and amidst the lofty Himalayas this is a place that will ...

The capital of Jammu and Kashmir is all you ever dreamed of for paradise on earth. It has the tall snow capped mountains, the valleys which are so green, the flowers ...

Lying on the majestic banks of the Pabbar river, Hatkoti is a beautiful little village in Shimla. This tells you how absolutely peaceful and simple this place will ...

The Poonch district is a part of Jammu and Kashmir but half of it lies in Pakistan. This is a place through which the line of control runs and it is also a place ...