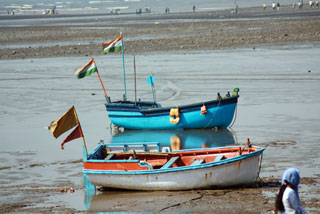 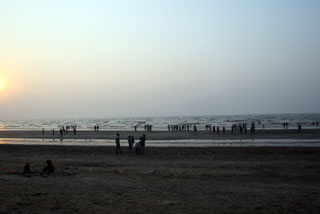 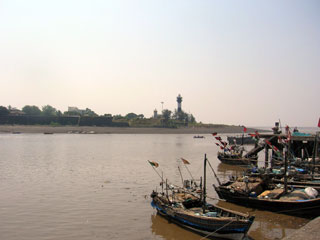 A city in the union territory of Daman and Diu this is one of the places where the Portuguese invaders have left plenty of signatures. The city is divided by the Daman Ganga river into two. These are Nanidaman and Motidaman and they are connected to each other by two bridges. It is important to know that Daman is an industrial town which is growing and developing bythe minute. There are many industries here. It is a very famous manufacturing hub and a variety of products like pesticides, chemicals, fertilizers, toys, electronics, dyes, printing ink, windmills, plastics, etc. are manufactured here. Yet this is a place which still hold its laid back attitude and gives the average city person a break even if he has come here for work. The Portuguese colony that was settled here has left its mark. A larger fort was built in Motidaman in the 16th century to guard against the Mughals who ruled the area until the Portuguese arrived. It still stands today, most of it preserved in its original form. An industrial town today, this is the place where most of the government offices are situated. Varkund is the biggest village in Daman among many other villages. It has a big megastructure that is being built called Thunderbird Resorts Daman is India's ultimate lifestyle and entertainment experience. This will consists of all the modern creature comforts that you can think of and will be the ultimate experience to the modern Indian. A very famous tourist destination because of its beaches, the other reason is that there is permit to drink liquor freely in this state. Known for the Daman, Devla and the Jampore beaches, these are places which offer you the most amount of fun.

Zoroastrianism is one of the religions which are in a very small quantity all over the world. Thus a place that preserves this faith and is of great importance ...

Vapi is one of the fastest growing towns in the Valsad district of the state of Gujarat. This is one places which is considered to have the largest amount of industry ...

Tithal is one of the famous beaches in the valsad town in Gujarat. This is one of the places that will truly stun you with the most beautiful beaches that you will ...

Valsad is a toen in Gujarat which is extremely famous here for the Tithal beach. It is a great tourist attraction only for the beach here. Tithal is one of the ...

Ask any Mumbaikar for a weekend picnic spot and prompt will be the answer- Alibag. A three hour drive from the city it is now used not only for outings but also ...

Diu is a city in the Union territory of Daman and Diu which is famous for the Battle of Diu which happened when the Portuguese tried to capture this island from ...

Mandvi in the Gulf of Kutch is a port city in Gujarat and has all the hustle bustle of a busy port city. It also has the expanse and beauty of the Arabian Sea at ...

Porbandar will go down in history as the birthplace of one of the greatest men that ever lives- Gandhiji. This is a coastal city in the state of Gujarat and ironically ...