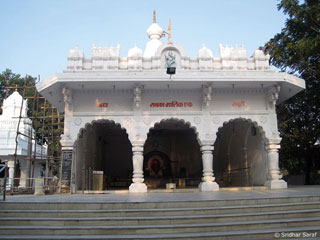 The Gulbara city in the Gulbara district of Karnataka promises you a time out of time. Formerly a very important part of the Nizams of Hyderabad, this is a place which had a lot of glory to speak of and still remains to be as glorious in the shadow of its past. This was one of the places of lavish living of the Nizams. So be ready to take a look at some of the most exquisite architecture of all time and the way in which the rich actually used to live. It will successfully blow your mind away. This is one place which has predominantly been under theMuslim rule. From the Sultans of Bahamani to the Mughals and then to the NIzams, Gulbara is one place in India which has seem its fair share of Persian splendour. The effects of those rule can not only be seen in the look of the city but also in the mouth watering cuisine that you get here. You are sure to gain some weight when you re here and you will not have a single regret after tasting the dishes. Two main river, Krishna and Bhima, also flow in the district. The predominant type of soil in the district is black soil. The district has a large number of tanks which in addition to the river irrigate the land. Gulbarg's old moated fort is in a much teteriorated state, but it has a number of interesting buildings inside including the Jama Masjid, which is actually built by a Moorish architect from Spain. Gulbarga also has a number of imposing tombs of Bahmani kings, a shrine to an important Muslim saint and the Sharana Basaveshwara Temple for all the people who want to explore it thoroughly. This is one place which you should definitely visit.

Pandharpur in Maharashtra is a small town on the banks of the river Bhima which has a great religious significance. This is supposed to be the place where the Lord ...

Solapur is a very important district in Maharashtra which tells us some wonderful tales about the prosperity that has become a very active part of the land. Solapur ...