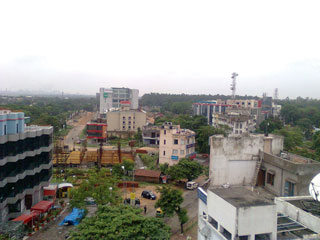 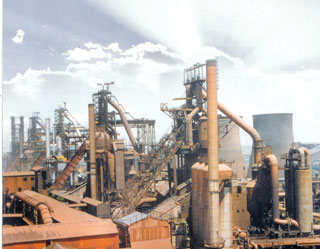 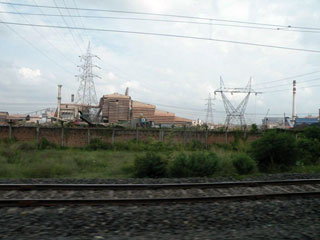 Located in the Burdwan district of West Bengal, this is one of the most industrialised town that you will ever find in India. Durgapur is famous for Steel plant which is one of the biggest steel plants in the country. . The very coal belt of the region, this is the place where literally power is harnessed and it is thus one of the most progressive and highly industrial parts of the country. This is a place which has had investments from many eras and will be having the same from the future cultures too. Thus Durgapur is one place that will always be a very robust part of the Indian map. From the Mauyans to the Guptas to the Mughals and later on to the British, it has always been equally from the moment it was conceived. Thus it is no surprise that to India today this is again a very important part of the map for manufacturing the largest amount of steel alloys. And lets all face it, steel runs our lives. One of the very recent find here are artefacts from the time of The Indus valley civilization. This adds to the significance of this place. Even though it was in decline after the British left, for the last decade there has been some immense amount of improvement. This town has gain started functioning and it is improving on its former glory. This place is a continuous mixture of the old and new with one very old temple stashed among the rapid industrialisation that has struck this place. One of the most developing towns in India, it has made the country proud by turning its fortunes around.

A district in West Bengal, this is a place which can only be called an artists paradise. Bankura is truly a diverse experience for travellers from time immemorial. ...

When we speak of Asansol all one can think of is growth, progress and a very bright future. The second largest city in west Bengal and one of the fastest growing ...

One of those perfect places for weekend destinations, Shantiniketan in West Bengal is situated 145 km away from Kolkata and makes for a perfect getaway from the ...

One of those perfect places for weekend destinations, Bolpur in West Bengal is situated 145 km away from Kolkata and makes for a perect getaway from the pollution ...

Bodh Gaya is the place where Prince Gautama sat under a Bodhi tree and found enlightenment. This is a bit of history that we have all read but when you reach Bodh ...

Howrah is probably one of the most industrial cities in the state of West Bengal. Located very closeto the capital, this is generally considered the twin city of ...

The capital of the state of Bihar, Patna is one city which is on the very centre of development. A place that is, was and will always be very famous for being the ...

If you ever one to come across a place that will surprise you at each and every turn then there is no place that can beat the Sunderbans. This is literally one ...