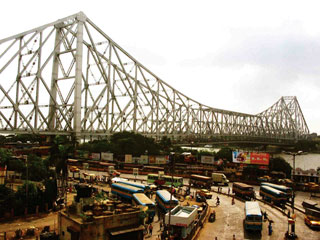 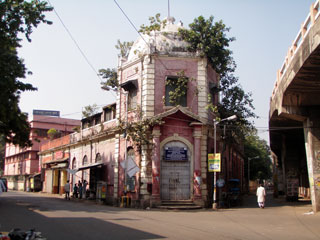 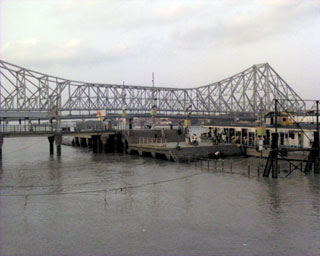 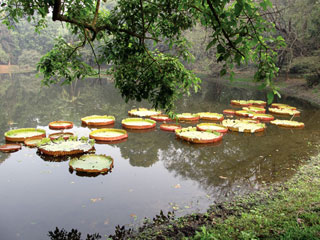 Howrah is probably one of the most industrial cities in the state of West Bengal. Located very closeto the capital, this is generally considered the twin city of Kolkata and is separated by the Hoogly river and connected by two very lovely bridges. These are two of the greatest attractions in this place and they never fail to stun you with the vista of an active city and a serene river flowing underneath. This is one place in the state which is growing in leaps and bounds. History of Howrah City dates back to 500 years. But, the district has thousands of years of rich heritage in the form of the great Bengali kingdom of Bhurshut. This is the place which served as one of the greatest river ports as great ships in the ancient days could travel upto here.The Howrah Railway Terminus is the greatest establishment here. With it forming a chunk of the city there were many industries that were developed here because trade route just got so much easier. Today this is an epitome of a hustling and bustling industrial city. Often termed as Sheffield of the East, Howrah is known today as a engineering hub, mainly in the area of light engineering industry. The second largest city in the state at times has problems handling the rampant growth. There are some interesting places here such as the Rama Temple in ramrajatala, the Shantragachi Jheel or the beautiful lake here, the Belur Math and of course Gadiara which is situated at the confluence of hoogly with two other rivers. All these make Howrah one very interesting, though industrial place to visit.

Kolkata is the city of joy for the best reasons possible. It is the perfect mix of the old and the new. It is like watching a bygone era sitting in a multiplex ...

Barrackpore located in the subdivision of the North 24 Paraganas in West Bengal is a place of great historical significance as the very name suggests. Derived from ...

Barasat is one of the very important cities in the state of West Bengal. This is one of the places in the outskirts of Kolkata that reflect the essence of Bengal ...

One of the main districts of west Bengal, Hoogly is named after the river that flows through it and has always been a reason of prosperity for the land. This place ...

Bodh Gaya is the place where Prince Gautama sat under a Bodhi tree and found enlightenment. This is a bit of history that we have all read but when you reach Bodh ...

Located in the Burdwan district of West Bengal, this is one of the most industrialised town that you will ever find in India. Durgapur is famous for Steel plant ...

The capital of the state of Bihar, Patna is one city which is on the very centre of development. A place that is, was and will always be very famous for being the ...

If you ever one to come across a place that will surprise you at each and every turn then there is no place that can beat the Sunderbans. This is literally one ...