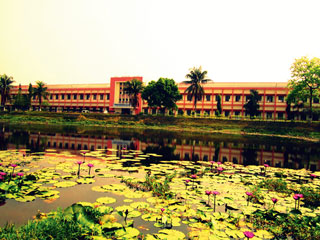 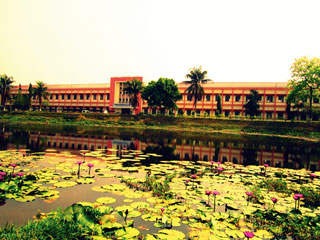 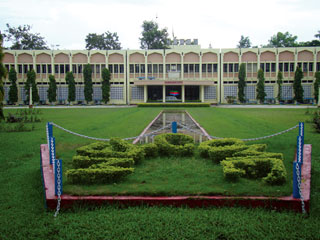 The Jorhat city lies in the Jorhat district of Assam and is one of the many places in the land which is filled with historical significance. This was once the capital of the Ahom kings and it still bears th legacy ofthe great kings. A place which will remnd you of the great days that are bygones now, Jorhat consists a history that we may not read in our everyday lives but which is as important in forming India as it is today. The term Jorhat literally means joint markets and it isa city which was inoitually built by joining two market places. Two parallel markets namely, Chowkihat and Macharhat, lay on the eastern and the western banks of the river Bhogdoi. Thus this has always been an extremely colourful place hustling and bustling with trade and prosperity. A fast developing city today, it somehow carries the past prosperity with it. One of the best laid towns in Upper Assam, this is a place which is showing modernisation and development in every nook and corner of it. High rises and modern buildings are defining the modern way of life here. One of the places to visit here is the Raja Maidan, This was the burial ground for the Ahom kings and have great archaeological value. Very near Jorhat lies Majuli which is the wrld biggest river island and the Kaziranga National park which never fails to fascinate us. Jorhat also has the world biggest tea research centre which is considered to be a very important part of the trade that makes Assam famous all over the world. A placethatis dotted by so many structures that speak of the past which was mostly dominated by Ahom rule, this gives us a glimpse of a rule that we may not know much about but was just as glorious. Be a part of this richness by visiting JOrhat

Golaghat is a district in Assam which is very famous for its one attribute. Housing the world famous Kaziranga National park. That in itself is one of the greatest ...

Sibsagar is a district in the state of Assam which possesses all the tropical beauty that is found in such abundance in this beautiful state. This is a state that ...

Mokokchung in Nagaland is a city of art and culture. On of the primary urban developed areas in the state of Nagaland, this place actually showcases how very advanced ...

Arunachal Pradesh is one of the most unexplored places in the country that is filled to the brim with beauty that will completely astound you. One of the places ...