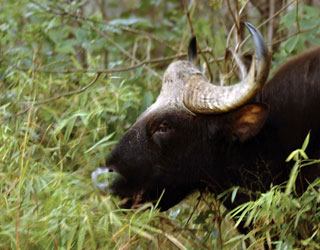 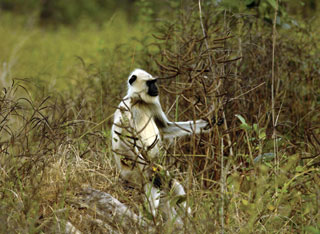 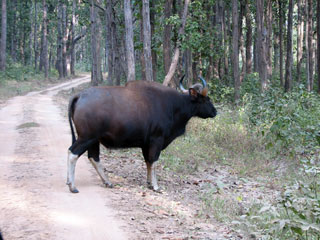 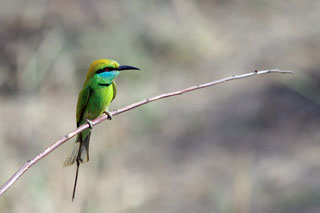 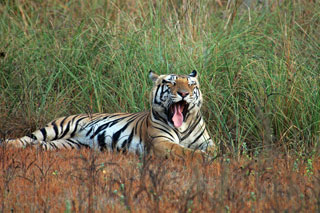 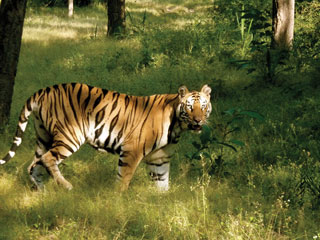 For as long as we can recall, Jungle book is one tale of our childhood which has not only inspired us in every turn but also taught us to love nature and animals. We have idolised the characters and always wanted to be the part of the jungle which had inspired Rudyard Kipling to pen down a story of such wonder. Well that would be the Kanha National Park. Located in the state of Madhya Pradesh this is a tiger reserve where lot of these species have been spotted over and over again. A place which gave birth to Sher Khan this is one forest that needs to be explored by all the people who have been brought up with the legacy of Jungle book as a part of them. A mainly sal and bamboo forest, this is a place with has about 200 different species of flora. Some of the flora are so rare that you will be stunned they actually exist. A very good looking Indian ghost tree can also be seen in the dense forest. This is a place which is also abound with grassland and meadows and make a fine contrast to the dense forest. The fauna of course is one of the most diverse in the land. The big cats clearly rule the land whith he tigers and the leopards being the sight of the day. Other commonly seen animals in the park include the spotted deer, sambar, barking deer and the four-horned deer. The latter can be seen at Bamni Dadar climb. Recently, mouse deer have also been discovered in the tiger reserve. One of the places that will absolutely delight a nature lover, Kanha is the perfect national park to visit.

Kawardha is a town in the Kabirdham distrci of Chhattisgarh which shows us quite clearly how a typical town in India is like. With a population who is mainly involved ...

The Gonda district in Maharashtra is a part of the Nagpur division. This was carved out of the Bhandara division in 1999. A comparatively new district, this is a ...

Seoni is a very beautiful district in the state of Madhya Pradesh. A state of such diversity, Madhya Pradesh will surprise you with some of the places that it possesses. ...

Jabalpur in Madhya Pradesh is the largest city by area in that state and third largest by development. This makes you realise that you are up against a full fledged ...

Madhya Pradesh is truly the land of the tigers. The most number of these endangered species are found in the heart of the country and this makes this land absolutely ...