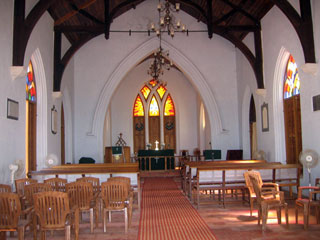 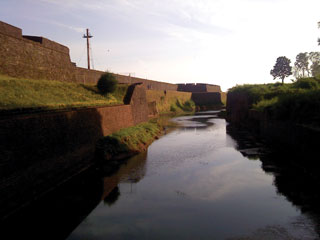 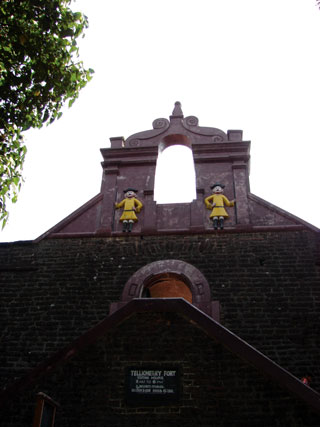 Thalassery in Kerala is a city on the Malabar coast and is one of the big cities in Kerala which are progressing in leaps and boinds but still is lucky enough to enjoy the bounty of nature that is bestowed on this land. Such cities can only be a thing on envy and Thalassery surely has all the beauty of the Malabar Coast in every part of it. The palm-fringed terrain of Thalassery has a scenic coastline and features four rivers, canals and hills with orange-hued rock. This is one place that was quite extensively occupied by the British and thus much of the effects of the Colonial rule can be seen in the architecture of this place. The Thalassery fort is one of the largest British forts built in this land. A place that was a great trade centre for the foreign powers who traded mostly pepper and spices from this port, the Thalassery fort is a prime example of the glorious British architecture and a great source of attraction here. The square fort, with its massive walls, secret tunnels to the sea, and huge, intricately-carved doors, is an imposing structure. The fort, once the nucleus of Thalassery's development, is now an historical monument. This city was very aptly declared by the Government of Kerala as a heritage city. Sree Rama Temple at Thiruvangad, St. John's Anglican Church, Arakkal Kettu, Jagannatha Temple, Thalassery Pier, Ezhimala Fort, Madayi and Neeliyar Fort, the Annapoorna Temple are but some of the places that are being restored to encourage tourism in this beautiful place. The colonial structures couples with the sea is a very beautiful set up indeed. The one place that everyone visits is the Overbury’s folly which till date holds great attraction. There should not be any reason to visit heritage cities. They should just be visited.

Kannur was, is and probably will always be a very important and prosperous city. A place which is extremely famous for being the land of the looms, Kannur is one ...

Tadiandamol poses a very exciting and intriguing challenge for all those people who are so eager to scale the heights of the second highest peak of Karnataka. This ...

Lying in the silhouette of the Thadiyendamol peak, in the midst of densely populated rain forest and coffee plantations, Kakkabe is a beautiful little village situated ...